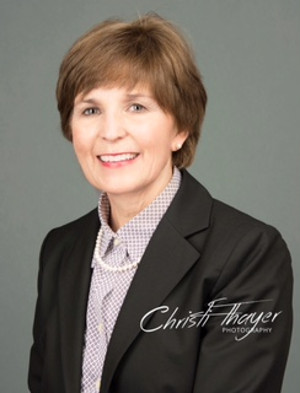 Motions based on a party’s belief are subject to strict time lines. An affidavit in contested cases must be filed within five days after the matter is at issue or within 10 days of assignment or appointment to a judge. ORS 14.260(2). In smaller judicial districts (population of less than 100,000) any judge is deemed immediately assigned to the case for the purpose of the statutory timeline. State v. Hilborn, 299 Or 608,613, 705 P.2d 192 (1985). In judicial districts having a population of more than 100,000, a motion to challenge the judge must be made at the time the case is assigned for a trial, motion or demurrer. The motion may be made orally but must be followed, by the next judicial day, with a written motion. ORS 14.270.

No motion to disqualify a judge may be made after a judge has ruled on a petition, demurrer or motion, other than a motion to extend time. A party or attorney may not make more than 2 applications to disqualify in any case. ORS 14.260(6).

A challenge “for cause” may be made at any time. Judges may also be disqualified for cause in the specific instances listed in ORS 14.210. For example, if the judge is a party, or related to a party or attorney in the action, or if the matter is an appeal of a matter which the judge decided. Of course, judges have an ethical obligation to recuse in compliance with the Code of Judicial Conduct. OCJC 3.10.

Motions and affidavits to disqualify a judge should mirror the statute and indicate only that the attorney or client has a rational belief of inability to receive a fair trial before the named judge. The belief must be rational, but the reasons do not need to be described.

The challenged judge should only rule as to the legal sufficiency and the timeliness of the motion. Otherwise the motion should be heard by the presiding or other disinterested judge.
If a judge wants to challenge the disqualification, the hearing will be heard before a disinterested judge. The challenging judge has the burden to show the motion to disqualify was made in bad faith or for the purposes of delay. ORS 14.260(1). The judge must show there was no objectively reasonable basis for the good faith belief or that the movant’s sincere belief is so irrational that allowing the motion would amount to an outright hindrance of the court’s ability to adjudicate cases. State ex rel. Kafoury v Jones and Londer, 315 Or 201, 843 P.2d 932(1992). The test is not whether the judge IS fair and impartial, but rather whether the movant has a good faith belief that the judge isn’t fair or impartial as to the particular case. ORS 14.250 plainly states that the primary issue is the belief of the moving party, not the objective truth of that belief.

If it is clear that the primary aim of the motion is something other than procurement of fair adjudication, such as judge shopping, the motion to disqualify will be denied. Marriage of Benson and Youngblutt, 141 Or App 458, 919 P2d 496 (1996).

When a judge is disqualified by a party the matter is to be transferred to another judge. Only 2 motions to disqualify per party may be filed. If the motion is denied, mandamus is the only remedy.

Consider carefully the decision to move for a change of judge. Judges are human. Judges are also lawyers. To be disqualified because a colleague alleges a belief that a judge cannot be fair cuts to the core of the judge’s job description and, more importantly, his or her Oath of Office. It is a significant event in the career of a judge that should not be lightly initiated. I would ask you to consider the potential, unintended consequences. For example, our dockets are busy – other judges having to cover for the disqualified judge adds stress to an already stressed system. Also, remember that the statute only permits two bites at the apple. Consider who might be next. My suggestion is that you consider both the short and long term consequences of such a motion.