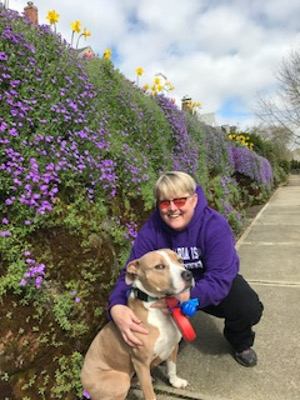 The concept of justice for all, under equal law… equally administered… is not self-executing. It becomes alive and has an existence by and through its administration and application by trial judges– those dedicated to the proposition that it is their affirmative duty to see that justice is done. A trial judge is not merely an umpire, a referee, a routinized follower of tradition, or a symbolic ornament providing approval or authorization to the decisions of others.

To every case brought, a trial judge’s creed includes an affirmative duty to be an instrumentality of justice. A trial judge is sworn to render to every person his or her due under the same law, equally, fairly, and impartially applied and administered, without bias, without prejudice, without passion, and irrespective of race, color, creed, education, sexual orientation, representation, economic resources or social status. The attainment of justice for all is dependent upon a trial judge’s fulfilment of his or her affirmative duty of justice, vigilance and devotion. It is this which securely forms the foundation for the fair and impartial administration of justice.

The oath I took, and the set of beliefs I set forth above, require that I stand vigilant, affirmatively seeking to ensure justice.

This brings me to the reasons I inquire when a Child Attending School (CAS) files a waiver of his or her right to appear, right to collect child support or allows a default to be taken. We are all aware of the history of contracts of adhesion — a historical legal trap used to inject prejudice, bias, inequality and lack of justice into agreements of benefit to those of power…. company stores, usurious interest rates and other predatory financial agreements of the past. And at times those agreements came before a trial judge for enforcement. There was a time, when despite unequal bargaining power, the courts gave full force and effect to the provisions of oppressive and unjust agreements.

One would hope those days have passed. But not all attempts to use the justice system for improper purpose are historical. There continue to be those who use the legal process to attain unjust results. I am sure there are still complaints filed and defaults requested that stem from contracts with clearly usurious interest rates and questionable proof of service. There are those who seek Immediate Danger Orders or Restraining Orders for improper purpose. It is in these cases, as well as others, where a trial judge’s vigilance, devotion and affirmative duty to seek justice continue to form the foundation for the attainment of justice for all.

And such is also the case when a college student waives his or her statutory right to receive child support due from his or her parents. It is in this situation where vigilance and an affirmative duty of justice cause one to inquire. Did the stipulation arise from oppressive circumstances or deception? Is the CAS’s decision based on family pressure, threat, inaccurate information, or fraud? Quoting an oft-used phrase, is the CAS’s waiver of his or her right to collect child support or the agreement to allow a default to be taken…knowingly, voluntarily, and intelligently given?

Therefore, in the future, if a CAS is giving up a right, you should expect that I will continue to follow my oath of vigilance and my affirmative duty and devotion to justice. I will continue to inquire as to whether the CAS’s decision is knowingly, voluntarily, and intelligently given. I believe it is my duty to inquire.

There are no upcoming events at this time.